European Championship 2017 was dominated by the French and Spanish

The Czech team consisted of Lukáš Starýchfojtů (Lukyn), Tomáš Adam (Ogar), Lukáš Jahn, Miloslav Hosenseidl (Milda) and me - Ivan Vančura. With respect to winter turbulences in our National Fly Fishing Committee, when both the Manager, Martin, and the Coach of the National team, Tomáš, resigned, we went to this Championship without these two important officials and I was forced to take over their responsibility. The flew to Portugal without any bigger problems. The only obstacle was the pick-up of booked and paid cars in Porto. This cost us almost 3 hours of time and nerves.

Číst dál: European Championship 2017 was dominated by the French and Spanish 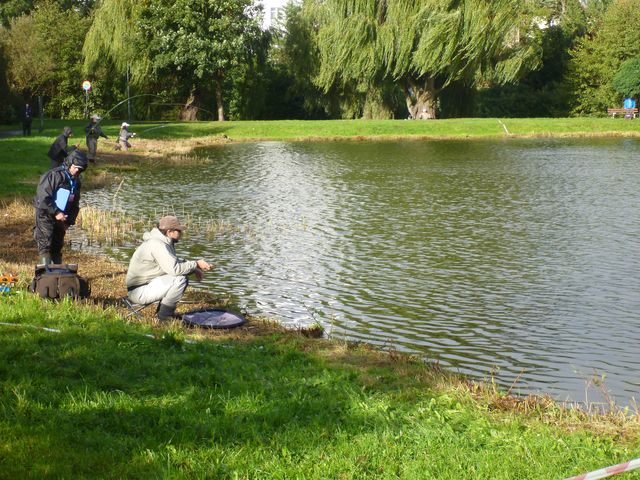 Between 3rd and 8th October, the 22nd European Fly Fishing Championship was held in the surroundings of the town of Slupsk in the North of Poland. Sixteen teams including three women teams took part. With respect to this year’s World Championship in the USA, traditional teams from Italy, Slovakia and Luxembourg were missing and also the Czech Republic sent only 5 competitors without the coach and a Team Manager for financial reasons. These competitors were Lukáš Jahn, Miloslav Hosenseidl, David Chlumský, Vojtěch Ungr and Miloslav Šenkýř. I was there with my shop, because I was invited by Polish friends and I could watch this championship a little from the background.

The centre of the Championship was the Lupawa (Slupia) river, were four sufficiently long sectors were marked. A speciality of this Championship was the fact that only grayling was regarded as eligible species on the beautiful river, but there were enough brown trout, and rainbow trout and practically all other fish species were eligible (minimal size 15 cm) in the competition which took place on a local lake in the city park, excluding pike, which influenced the final competition results from the Czech point of view.

My observations from the World Championship 2016 (USA) 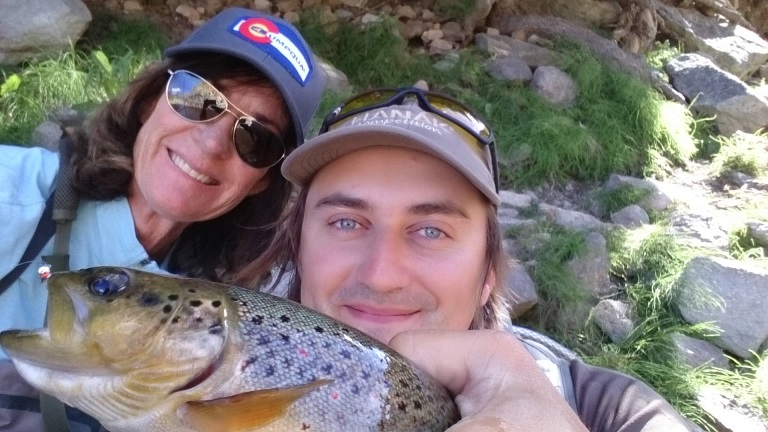 After about a 14-hour long flight, we landed in Denver where we rented a car and travelled to Vail, a skiing resort located about 2,500 m above sea level, where our fried Kristen and her husband Tom were waiting for us. They have a holiday house here and they provided us asylum for the two weeks of our preparation.

The sun and a great view surprised us on the morning and this in fact remained for the entire length of our stay. There was almost no rain, except only one day and one night and this was very little. We firstly met water on the Eagle River. A medium-size river could be compared to the Otava River in our country. We took our things, put on goratex waders by Agama and I could see only the backs of the other guys. Thus, I am going down the parking place and I choose slow water, where I can try cling and ding fishing. I see first few raises and then it starts getting tough as the fish are going to eat me. Before I get ready, they are eating a lot on the surface. Sobering up came after a few casts. Fish are eating everything and everywhere, but they are not interested only in the place, where my fly is. I start using the best of the best flies with the idea that I must get to know what they are eating and then I will show them. I catch a few smaller fish, but compared to what kind of party there is I am quite bored. I apologize it by saying – they are white fish really difficult to be caught with a dry fly. Unfortunately, later I had to confess to myself that this was a lame excuse. But this was later.

Číst dál: My observations from the World Championship 2016 (USA)