Session Two  and the draw would play a crucial role in obtaining a good result. I was bound for the Meander river, a medium sized wenue with a deceptively powerful flow and clear water, well populated  with wild browns, but not always equally distributed, as is the norm in river-based sessions, and particularly apparent in the early season Tasmanian rivers. I reconed that I´d need at least ten fish from the session.

My beat was number 4, a good draw as it turned out, with around 400 m of generally very fishy  looking water on a fair gradient that created lots of pocket-water over a large substrate bottom. The beat was split about two-thirds of way up by a high bluff that made the access a bit tricky in places, but as I surveyed the water, I was quite hopeful for a good session.  Although we had  no snow today, the unpleasant conditions persisted with a very strong wind blowing.

Youth World Championship 2019 or worms on the scene again

This year, I got a difficult task with the youngest and the least experienced youth team in history to maintain invincibility of Czech teams at domestic championships. Since last year, when I was as a coach at the Youth World Championship in Poland, along with the team management we have changed the system of preparation, modified rules for selection of youth team members and generally said, continually have worked with the team. In 2019, we organized the contest in Devil’s streams (Janus’ memorial), and the nomination competition at the same place and at Vltava 28. This all was connected with a camp, consultations and with the help of several senior Czech competitors and more than a week long preparation just before the championship finally proved to be a key element.

What is going on at the General Assembly FIPS-Mou 2019 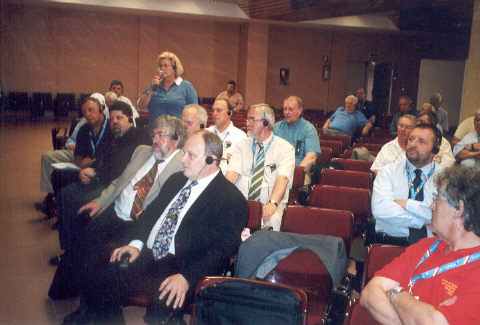 On Friday, 3 May, the General Assembly of the International Fly Fishing Federation is going to be held in Almaty (Kazakhstan). The meeting will follow traditional scheme and also the organization of the following championships will be assigned. One of the most important points on the agenda is the approval of changes in the competition rules. These changes will be applied already from this year. The motion is submitted by the Presidential Board and at the beginning it needs to be said that the number of proposed changes is extraordinarily high. The motion says that the Ladies World Championship should be held from 2020. I have been promoting the independent Ladies World Championship for about 10 years and I am pleased that this point is now ready for approval.

Lire la suite : What is going on at the General Assembly FIPS-Mou 2019

Lire la suite : Silver Czech team and a potato medal in individuals at the World Championship in Italy 2018

Between 6 and 12 August 2018, the 17th Youth World Fly Fishing Championship was held on the San River. This time 10 teams were present, 8 from Europe and one from the USA and one from South Africa, i.e. altogether two teams less than in Slovenia a year ago. Unfortunately, also British teams were missing this time and therefore the only representative from the islands was the Irish team which takes part regularly in these championships.

After the last year’s failure in Slovenia (5th place), the Czech team changed the coach and now the coach was Martin Musil Jr., a student of ichthyology, who became the Youth World Champion in France in 2012. Jiří Pejchar, President of the Czech National Fly Fishing Committee, was the Team Manager was and a member of more numerous accompaniment was Tomáš Starýchfojtů, former successful Czech competitor and a coach of the senior team.

Lire la suite : Bronze of Czech youth from the San River – but this time about extremely fine huge grayling fishing